Home » How Much Do Dirt Bikes Cost?

How Much Do Dirt Bikes Cost? 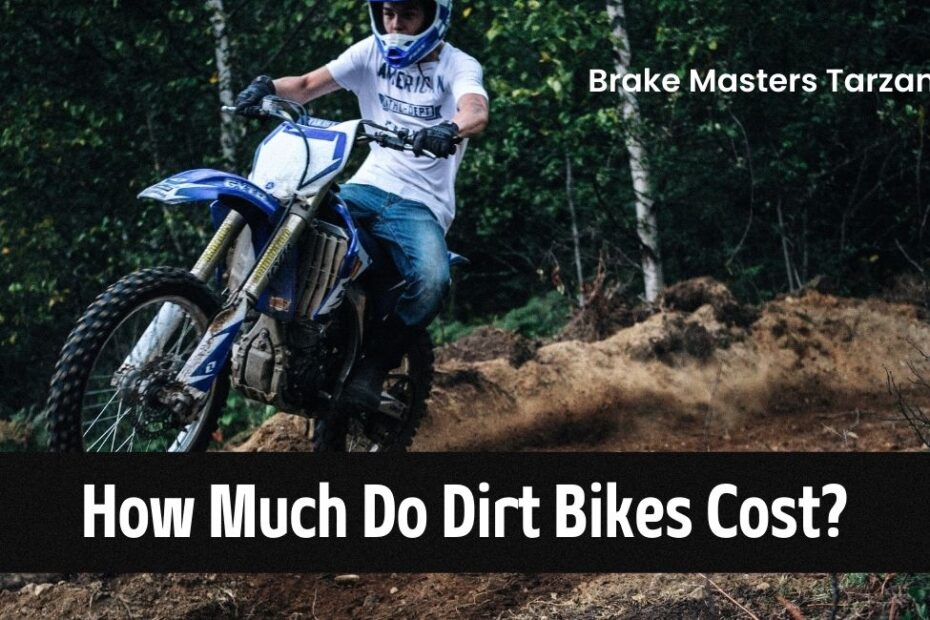 Great! If you want to start your off-riding journey. The first and main thing you require is a dirt bike, which you may be looking for. So, a dirt bike for adults actually comes in various engine sizes, like 125cc, 250cc, and 450cc, and the question you have in mind, how much do dirt bikes cost, totally depends on the engine you want, brand, and the condition of the bike, whether you new or old.

Let’s get to know more about the cost of dirt bikes.

How Much Do Dirt Bikes Cost?

Actually, the price of the dirt bike depends on factors like the brand of dirt bike, two-stroke or four-stroke dirt bike, fuel economy, and the time of year you are buying a dirt bike. But, most importantly, how much the CC engine is in there decides the cost. So, to easily understand the cost of dirt bikes, let’s look at the prices of dirt bikes with different CC engines.

Ideal for novices, 125cc dirt bikes are lightweight and easy to operate. Despite their modest engine displacement, they are exceptionally nimble and suitable for off-road adventures. They usually have a price range of $3000 to $8000. Here are the top brands and prices of their 125cc dirt bikes:

This category is one of the most powerful in the motorcycle world. If you’ve never ridden a dirt bike before, getting your feet wet on a smaller model is a good idea. On the other hand, this bike class is quite popular due to its excellent power-to-weight ratio. The cost of these bikes ranges between $8000 to $10000. Here are popular brands of 250cc bikes:

The 450cc class is for experienced riders who want a lot of power. They were made for speed, and just speed, and nothing else. In spite of their intended use on rough terrain, these dirtbikes can attain speeds of up to 90 mph. These bikes have a price range of $9000 to $11000+. Here are popular brands of 450cc bikes:

How much do electric dirt bikes cost?

Electric bikes are the perfect solution if you seek an eco-friendly way to quench your thirst. Unlike fuel-powered dirt bikes, these incredible bikes are powered by electricity and are just as entertaining and swift. There are other manufacturers of electric dirt bikes, but KTM is the only big manufacturer to have introduced one.

How much do used dirt bikes cost?

A dirt bike’s engine size, make, features, and other considerations will all play a role in determining its price. In addition, the bike’s condition must be taken into account.

How much do kid dirt bikes cost?

If you anticipate that your child will spend a substantial amount of time riding a bicycle, you should opt for a Japanese or European brand. They will degrade less and retain their value far longer.

How much do mini dirt bikes cost?

Mini dirt bikes cost between $500 and $1000 and have 49cc engines, indicating that they are lightweight and non-lethal. However, if you’re buying a dirt bike for older children, you’ll need one with more advanced features and a price tag of approximately $3000.

So this was all about how much do dirt bikes cost. Basically, their average price is between $5000 to $9000. However, the cost depends on various factors like engine power, strokes in the bike, fuel economy, area, and the time of year you are buying. So, buy your dirt bike after considering all of them. You can also consider whether to buy a new or used dirt bike.

More Amazing Articles for You

What causes a car to overheat?