Home » Why Aren’t There Any Four-Door Convertibles Out There?

Why Aren’t There Any Four-Door Convertibles Out There? 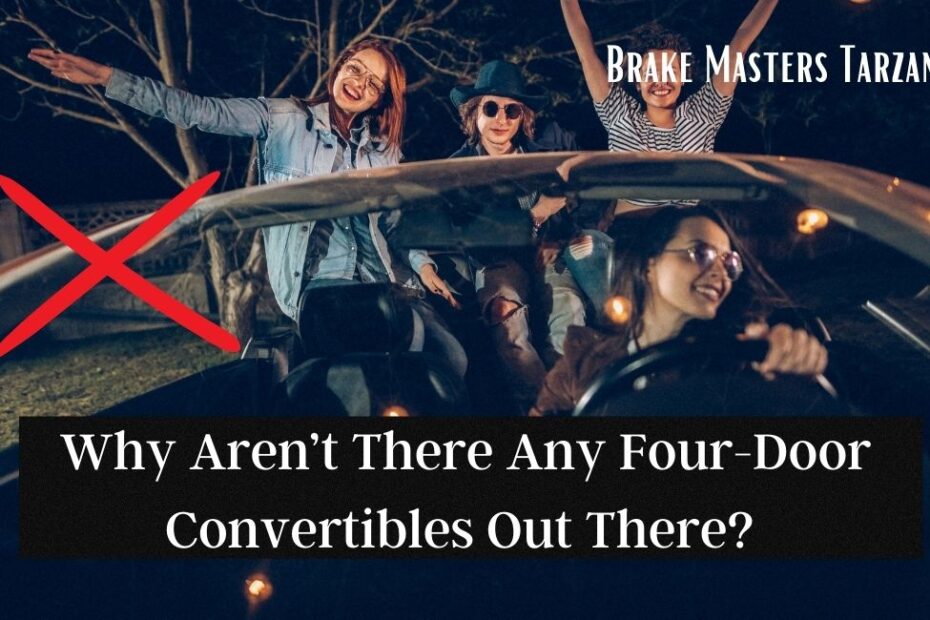 Why do convertibles and coupes have such huge doors, which makes it difficult to enter and exit the vehicle in parking spaces that are not very spacious? Why can’t they just have four doors of the standard size?

It seems that the lobby for autobody repair shops has a lot of influence. Many of the children of those dents in the grocery parking lot have attended higher education institutions. The next step is to attend medical school.

In point of fact, convertibles and standard coupes both only have two doors as a result of the absence of “B-pillars,” which are structural elements that allow for the attachment of rear doors.

From the ground up to the top, automobiles typically contain anywhere from one to four structural pillars that run the length of the vehicle. After opening the top and bottom flaps, the car will not collapse like an old Amazon box due to the presence of these structural pillars, which give both safety and rigidity.

The windshield is attached to the A-pillar, which is the most forward-facing structure in the vehicle.

The pillar that sits between the front and rear doors is known as the B-pillar.

The C-pillar is the subsequent pillar at the rearmost position. The rear window is held in place by it on sedans. In addition, there is a D-pillar at the very back of the vehicle, which may be seen on station wagons as well as SUVs.

Only the A-pillars are present in convertibles. The only pillars that are present in a coupe are the A- and C-pillars. It is necessary to fasten the door’s hinges to a supporting structure before you can hang the door. It should come as no surprise that the entry doors are attached to the A-pillars.

Rear doors on a sedan or SUV are attached to the B-pillars of the vehicle. However, because there is no B-pillar in a coupe or convertible, there is nothing that the rear doors may be attached to in these vehicles.

And because they are unable to employ four doors, the two doors that they do have are made significantly larger so that passengers may access the back seats in some capacity.

If, for some reason, you find yourself in the unfortunate position of having to ride in the back seat of a coupe or convertible, you can at least enter the vehicle through the door that has a larger opening. This is preferable than climbing in through the rear window.