Why Do Electric Cars Accelerate Faster? 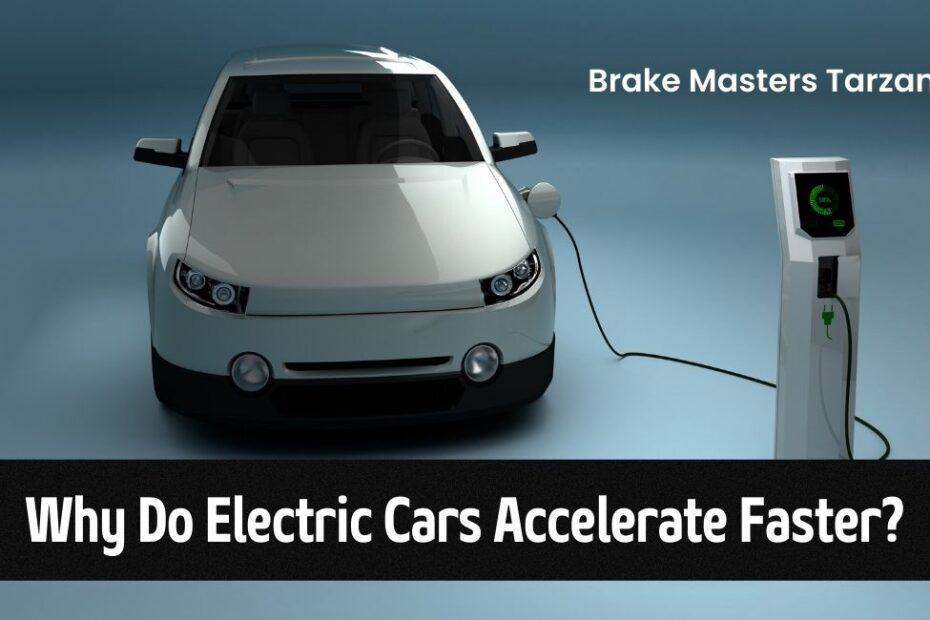 If you have ever ridden an Electric car, you probably have noticed that electric cars accelerate much faster than gasoline cars. It is possible to accelerate from zero to 60 mph in less than five seconds for a wide range of mainstream electric vehicles, including sedans and SUVs that do not even claim to be high-performance vehicles. So, how do electric automobiles appear to be able to accelerate immediately after leaving the starting line? Why Do Electric Cars Accelerate Faster?

Actually, the reasons behind this are various. Firstly, electric cars don’t have traditional gas car transmissions, which give direct power from the engine to the wheels. Electric powertrains lack gears and are powered by direct current rather than gas pressure, eliminating the need to shift gears or rev the engine. Also, electric cars have no brake fade, resulting in faster energy regeneration while driving.

Apart from this, there are a few more reasons behind electric cars accelerating faster. So, let’s get to know in detail about electric cars’ instant torque.

Why Do Electric Cars Accelerate Faster?

The main reason behind this is that electric cars don’t have transmission systems like gasoline cars; also, electric automobiles have an instantaneous torque curve, whereas gasoline-powered cars have a torque curve that develops with RPM. Let’s have a look at the other reasons:

First, the transmission of an electric vehicle is entirely different from that of an internal combustion engine. Transmissions in electric vehicles lack gearing, gear ratios, and shift times. They are actually tuned to give maximum power at all RPMs.

They are barely distinguishable from transmissions. EVs have a single “gear” that modifies the gear ratio based on speed, pedal pressure, and transmission mode.

When examining a power versus time graph of an ICE, you will observe a significant ramp-up period. A similar chart for an electric motor reveals contrasting information. The motor can attain its maximum power in a fraction of a second.

It is common for electric cars to have “regenerative brakes” built-in. As soon as you remove your foot from the gas pedal, this system kicks in and reduces your speed. So your car will stop even if you don’t use your brakes.

As a result, automobile brake components can be made smaller, more efficient, and lighter. It also implies that braking and slowing down require less power, which in turn takes less time to accelerate again.

Additionally, you’ll notice more torque at lower RPMs, which goes hand in hand with this. When cars list their specs, they usually include a rated horsepower at specific revolutions per minute (RPM).

Since ICEs reach their maximum output at later RPMs, all the stated horsepower and torque figures are at higher RPMs. It means that when you floor the accelerator at 3,000 RPM, you are not producing the same amount of power as when you rev the engine to 7,000 RPM.

Traditional automobiles have fuel delivered to the engine, which is combusted to provide the energy needed to propel the vehicle. However, this energy must travel through hundreds of components and gears before reaching the wheels.

You don’t have to worry about shifting gears with an EV because the transmission is much easier. However, shifting gears in an ICE might add time to your lap. For starters, you’ll need to determine which gear is best for each turn. Additionally, the time it takes to swap gears manually accumulates during a lap, which is not the case in an EV.

On the racetrack, automobiles that wish to set records must have a lower center of gravity. This relates to the ability of EV designers to place the battery pack wherever they like. They position the car’s heaviest components as low as possible, thus lowering the vehicle’s center of gravity.

The components of an internal combustion engine are always elevated above the ground, raising the vehicle’s center of gravity. So all this gives electric cars higher torque than traditional cars.

Batteries are used to power an electric vehicle’s motor, which generates torque. Then, this torque is transmitted to the wheels. Therefore, if you apply more power to the engine by flooring the accelerator, you should generate higher torque.

The cars that accelerate the quickest have the highest torque, and this is true for electric vehicles. It is also important for assisting vehicles with demanding tasks such as pulling loads or driving uphill.

Are all Electric Cars fast at accelerating?

Incredibly, the 0-60 time for the Tesla S Performance is just 2.28 seconds. As of now, this is the fastest gas-powered supercar on the market. On the other hand, Chevrolet Bolt and Nissan Leaf can accelerate from 0 to 60 mph in 6.5 and 7.4 seconds, respectively. So it’s easy to observe that the Tesla Model S and these other automobiles have a significant time gap.

Although some electric vehicles, such as the Nissan Leaf, have nearly the same acceleration as conventional vehicles, this represents the low end of the spectrum.

Do electric cars have gears?

Conventional multi-speed transmissions are not common in electric vehicles; nearly all have a single speed, as a rule. In most circumstances, an electric vehicle’s gearbox consists of only one gear. For example, the Porsche Taycan and the original Tesla Roadster had two-speed gearboxes, but Tesla later upgraded the gearbox to a single gear.

A multi-speed transmission is unnecessary since electric motors are able to deliver consistent torque across such a wide RPM range compared to the 6,000 RPM redline of many internal combustion engines.

So this was all about why do electric cars accelerate faster. The reason is simple, single gear or no transmission, instant power, regenerative brakes, and also, the electricity is faster that doesn’t need to be converted as gasoline.

More Amazing Articles for You

Can you use brake fluid for power steering fluid?

Why my car makes grinding sound when braking at low speeds?